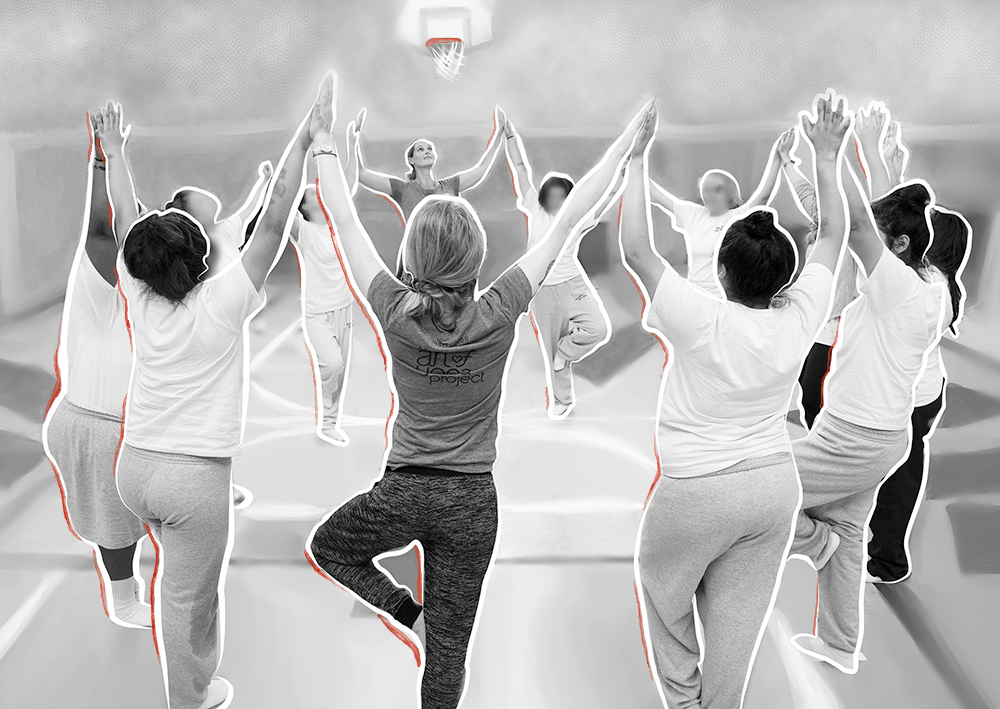 One San Francisco area nonprofit helps incarcerated girls find the connection between their mind and body through an activity viewed by some as exclusive, privileged and lacking in diversity — yoga.

Former nurse practitioner and founder of The Art of Yoga Project, Mary Lynn Fitton, saw a pattern of young female patients seeking help for conditions like substance abuse, anxiety and depression.  Issues she knew through her own practice, could be remedied by yoga.

“I really felt that there was this gap,” Fitton said. “We had talk therapy, we had pharmaceuticals, and I felt like it needed to be so much more. It needs to be in the body.”

With the juvenile justice system at its focal point, The Art of Yoga Project brings movement and art to the underserved population of girls Fitton once helped in her healthcare career.  The group encourages youth to look inward, teaching self awareness, understanding and respect through an activity that may otherwise be out of reach due to race and socioeconomics.

“I wanted all the young women that I saw to have that same sense of coming home to their body to learn to have a positive self dialectic,” Fitton said, “to improve their relationship with themselves.”

The 15-year-old organization has grown into a team of 50 art, writing and yoga teachers, visiting 26 sites one to three times a week in the San Francisco Bay Area, including five juvenile facilities in three counties.

Fitton said the project prides itself on sourcing teachers from within, creating pathways to jobs for formerly underserved youth through yoga teacher training scholarships.  It also provides workshops and programs to educate staff on how to work with at-risk youth.

“We realized the importance of having teachers that represent the population that we serve,”  Fitton said. “Because of mass incarceration and because of social injustice, we have primarily Black and brown girls. So we strive to help our teachers match that population and body, body identity, body size, gender identity.”

Despite a body of research proving the universal mental and physical health benefits of the Southeast Asian tradition, yoga’s role in American society has become a phenomenon of racial exclusivity, largely reserved for the white, rich and privileged.

“Seeing [The Art of Yoga Project] come to the shelter was one of the first times I saw a yoga teacher of color, so that was very affirming for me,” said Sadie D., now a teacher with the nonprofit. “I’m a Black woman and at the time, I felt very insecure about my interest in yoga because the spaces that are meant for it are predominantly white and [cost] a lot of money.  There’s a lot of class disparity there.”

Sadie, who asked that her last name not be used, was homeless in the Bay Area since about the second grade, before she was aware of what being homeless really meant, she said. The now 24-year-old was introduced to The Art of Yoga Project in 2013 when she attended a yoga class at one of its partner studios in Redwood City for her birthday.

She later received a scholarship from the project to complete her yoga teacher training, and has been an instructor for the past five years. She said the opportunity came full circle for her when she taught her first class at the shelter she once lived in.

“I was happy for the opportunity and really humbled, grateful that I could be in a space that I had been in and be a reflection for the youth. I really identify with them,” Sadie said.  “It didn’t feel like it was out of the question for them to want to pursue something like yoga.”

Though never incarcerated herself, Sadie said she knew the struggle to survive from her own childhood experiences, and while teaching in juvenile facilities, was overcome with emotion.

“It felt a lot more vulnerable being in those spaces with them, in a good way though,” she said. “That was one of the first times I’ve cried from teaching yoga…They make an impact on you.”

At one of the San Mateo facilities partnering with the group in 2012, many youth reported prior abuse, neglect, dysfunctional family dynamics and addiction, said Danielle Arlanda Harris, a professor at the School of Criminology and Criminal Justice at Griffith University in Australia and former research director for The Art of Yoga Project.

These occurrences are known as Adverse Childhood Experiences are apparent in an estimated 70-90% of juvenile offenders and if left untreated, can leave traumatic effects on a developing child.

“Sometimes you don’t even want to be connected to your body,”  Sadie said.

The Art of Yoga Project considers the perspective of traumatized youth, presenting each class as a set of choices to restore the youth’s sense of power over their body, even during vulnerable yoga postures or when their eyes are closed,  Harris said.

“Downward dog and puppy pose and even child’s pose, it can be awfully triggering to a body that has experienced sexual trauma,” she said.

Implementing a set of practices with an understanding for adverse childhood experiences in mind is what qualifies behavioral management and therapy programs as being trauma informed, according to a 2016 report by the National Center for Mental Health and Juvenile Justice.

“When I got [to the facilities], I really realized it was so much more about social injustice and trauma,” Fitton said. “We quickly had to learn to be trauma informed before that word was even known, before people were using that term, before people even talked about trauma.”

Even with trauma informed practices, the positive impact of yoga on incarcerated girls is hard to quantify,  Harris said.

“I was constantly being asked to provide evidence that the program was working right,”  Harris said. “The question was always… ‘How many downward dogs does it take to reduce recidivism?’…I wish I could tell you.”

Harris said she did see change in the girls’ demeanor.  On days that The Art of Yoga Project held a class, Harris noted fewer fights in the facilities, girls began to open up more in group settings and privately in written reflections.

“I had taken yoga for years…But these girls, they were in their bodies,”  Harris said. “They would talk about it and they’d write about it in the journals, about being a woman and thinking about it in ways I had totally taken for granted.”

To track the progression of education or a learned skill, Harris said researchers administer tests before and after to measure the difference.  Since yoga is an internalized practice, Harris adjusted her methods to a series of check-ins with youth throughout eight weeks of yoga.

Instead of a drastic increase in positive internal dialogue or self image responses, Harris said participants were honest, authentic and reflective in their check-ins, as yoga encouraged their own mindfulness.

“We weren’t able to reach statistical significance,”  Harris said. “But that was the moment, I think, that I learned that qualitative research is where we need to be. Because answering all of these questions with numbers doesn’t tell the full story.”

Sadie said the impact of yoga has made on her life can be traced to one moment.

“I got overwhelmed with emotion that I couldn’t really explain, but it didn’t feel chaotic… It felt like I could move in it,”  Sadie said.  “It’s one of those things that feel so personal that it’s hard to even put into words why and how it matters.”

The instructor guided the class into a variation of a wide-legged forward fold — a posture that compresses the body at the hips and changes perspective by redirecting the gaze.  Sadie said in this posture, she felt in control of her life.

Newly 18 and living in a shelter at the time, Sadie said she felt strength.

“That moment, I remember it,”  Sadie said. “After that I remember feeling my body more.  Feeling powerful in my own skin.  I could walk taller. I felt that connection, it’s like something I hadn’t realized I was missing.”

On and off her mat, Sadie shares a common mission with The Art of Yoga Project.

“Right now, my thought is that there is more of a need to provide yoga in the spaces who don’t have it,” she said. “People of color and bigger bodies.”

Source art courtesy of The Art of Yoga Project 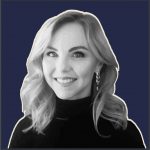