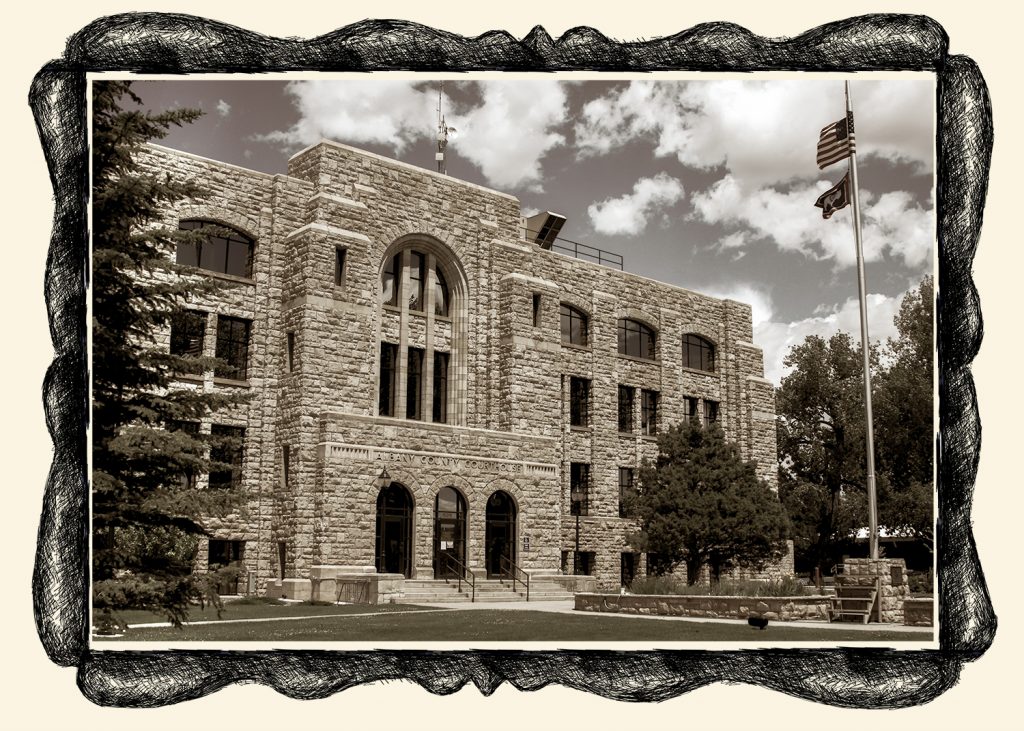 Every Wednesday night, several dozen people fill the county board of commissioners chambers in Laramie, Wyoming.

It’s been that way since early 2015, when Albany County, a rural area of less than 40,000 residents, became a hub for juvenile justice reform in Wyoming.

In a state that has struggled with juvenile drug abuse for years, a newly-elected county attorney has teamed with law enforcement, advocates, social workers and other community members to transform the experience of youths in the justice system.

The county’s use of its “single point of entry” team is the result of reforms that the county and state have undergone over the past decade.

And not only do community members feel that their work has produced better outcomes for juveniles, but the recidivism rates have dropped significantly.

In 2009, Wyoming state legislation gave each county attorney the exclusive power to determine which juvenile offenders in their district would be placed in diversion programs.

When Peggy Trent took office as county attorney in 2015, she viewed the statute as an opportunity to upgrade the county’s juvenile justice program.

“I noticed that (Albany County was) seeing a high rate of crime in the 18-25 age range, which indicated to me that we were doing something wrong with the youth that would cause them to end up in that high crime rate,” Trent said.

Trent had previously worked in Franklin County, Ohio, where she said she got much of the inspiration for the program that she brought to Wyoming.

“I had an opportunity to watch reforms that were being implemented,” Trent said. “I observed how they were treating juvenile delinquency differently in Franklin County and how the juvenile diversion program was utilized in that community.”

Instead of making her own decisions on which juveniles got incarcerated and who is given diversion, Trent established the team of people from all parts of the community. While many counties in Wyoming have adopted groups of three or four people to complete this process, Albany County’s unit usually consists of at least 20 people, and depending on the week, can reach more than 40.

School district employees, counselors, law enforcement and school resource officers, advocates for youth and people from nonprofits and agencies who provide services for the juveniles meet every Wednesday.

“We take a child’s event, walk through the ‘decision tree matrix’ looking for factors of intervention, and we talk around the room about what would be the best location and services to be provided to that child,” Trent said.

That matrix is based off of a Juvenile Detention Risk Assessment form, which is filled out by law enforcement officers after a juvenile is given a citation. The form, produced by the Wyoming Association of Sheriffs and Chiefs of Police in 2010, analyzes multiple risk factors in each child’s citation through a point system. State law requires this form to be filled out and reviewed before a child is incarcerated.

“More weight is given to some crimes than others, such as a sex offense being more points than a theft,” Laramie Police Chief Dale Stalder said. “It also takes into account prior history. How many offenses or police contacts has that juvenile had with the criminal justice system in the last year, two years or five years? Then, you come up with a total point value on the assessment, and the officer presents it to the county attorney.”

Stalder, who has been with the department for more than 40 years, said that the single point of entry team has been “valuable” to the community’s youth.

“The system looks at each individual and tailors diversion to them and their family members,” Stalder said.

For example, some youth are asked to help families at risk and people in need in their community. Those charged with traffic citations take safe driving classes.

“(Trent) can set the conditions of the diversions, and if the individual successfully completes that diversion, the offense will go away,” Stalder said.

The county received the 2017 Neal D. Madson Award for its innovative work with juvenile offenders, which was awarded by the Wyoming Governor’s Advisory Council on Juvenile Justice and Volunteers of America Northern Rockies.

Stalder’s view of the system was echoed by Albany County Sheriff Dave O’Malley, who has over 40 years of law enforcement experience in the community.

“It has improved our relationship with not only the kids but the parents, as well,” O’Malley said. “Although it’s not perfect and I don’t know if it ever will be, it’s a lot better than the old days when we literally arrested and incarcerated kids for anything that wasn’t a status offense.”

Juvenile drug abuse has been a lingering problem in Wyoming and surrounding states for over a decade. According to data from the Office of Juvenile Justice and Delinquency Prevention, the state had the highest arrest rate in the nation for juvenile drug abuse in 2018, after it was ranked second to South Dakota in 2016 and 2017. The combination of the opioid crisis and Colorado’s legalization of recreational marijuana across Wyoming’s southern border, O’Malley said, have created a problem that spans generations.

“It’s really tough to impact the child when they’re getting support in the behavior from parents,” O’Malley said. “I think our biggest obstacle in true diversion is that we have kids getting in trouble because they’re doing the same thing that their parents are doing. Some get their drugs from their parents.”

The county’s diversion programs have had around a 90% completion rate since being introduced.

“There is a dialogue that never existed before,” O’Malley said. “We’re sitting down in a room with all of the key players in the game, and we don’t always get along in those meetings, but we’ve always come to a consensus and are able to move forward with things.”

If the single point of entry team determines that diversion is the best option, the youth enters a program through Big Brothers Big Sisters of Wyoming, a nonprofit that develops individual plans to help each young offender.

“We run afterschool programs, juvenile justice programs and our core traditional mentoring programs,” Steve Hamaker, CEO of Big Brothers Big Sisters of Wyoming, said. “We think of it as a continuum of care that gives us the ability to serve kids from preschool all the way through high school.”

The length and intensity of a child’s program is determined by the nature of their offense. Hamaker said that most of his organization’s diversion programs are focused on school performance, community engagement and mental health.

“Instead of cleaning up highways and scrubbing toilets, they’re finding ways to contribute back to and connect with the community that they live in,” Hamaker said.

Identifying at-risk youths “earlier and earlier” in their lives is key so that they can be provided services before there is any police interaction, Hamaker said.

“It boils down to prevention versus intervention, and everybody has a different definition of when that starts,” Hamaker said. “I see a shift happening, and the more we invest in prevention, the less we have to spend on intervention.”

Albany County’s fight for juvenile justice reform has been aided by the University of Wyoming’s presence in Laramie. The county has worked with the psychology department, criminal justice department and others in the university community to help guide its reforms.

While several other counties have picked up on parts of Albany’s program, its size and reach remain unique.

”The difference here is the number of people that are providing input,” Hamaker said. “The county attorney is listening to the recommendations of the rest of the community. We have so much experience and knowledge at the table, that the more we can get there, the better our decisions will be.” 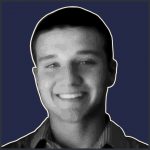 Jeff Uveino is a senior majoring in journalism and English, and minoring in history, at St. Bonaventure University in Western New York. A native of Perry, New York, Urveino has experience across various sectors in the communication field – writing and editing news articles, working in public relations and creating podcasts. He is editor-in-chief of St. Bonaventure’s online newspaper, The Intrepid. He interned in Excellus BlueCross BlueShield’s corporate communications department the summer of 2019. More recently, he covered local high school and collegiate athletics for the Olean Times Herald.