Thirty-five top journalism students from 16 universities are conducting a major investigation this summer into juvenile justice in America as part of the Carnegie-Knight News21 multimedia reporting initiative at Arizona State University.

For the project “Kids Imprisoned,” the team of student journalists will investigate disparities in sentencing and jail time, conditions of juvenile detention facilities and the impact on families, communities and victims. The stories will be published as a multimedia project online and shared with industry publishing partners across the country. Previous investigations have been published by major news organizations, including The Washington Post, NBC News, the Center for Public Integrity and USA Today, as well as many nonprofit news websites.

“In this moment, with what’s going on in the world, with the Black Lives Matters protests, I feel like we’re reporting in a historic moment and on a historic topic,” said News21 fellow Chloe Jones, an Arizona State University graduate student.

Headquartered at ASU’s Walter Cronkite School of Journalism and Mass Communication, News21 was established in 2005 by the Carnegie Corporation of New York and the John S. and James L. Knight Foundation to demonstrate that college journalism students can produce innovative, in-depth multimedia projects on a national scale. The initiative is led by Jacquee Petchel, a Pulitzer Prize-winning journalist and a professor of practice at the Cronkite School.

“Across the country, tens of thousands of children are incarcerated for crimes ranging from larceny and vandalism to assault and murder. This project will investigate how states and local jurisdictions are dealing with youth crime and violence, from arrest to detention,” Petchel said. “It’s a topic critical to the future of children and teens, not to mention their families and their victims.”

Normally, students travel from Phoenix to as many as 30 states during a summer News21 reporting project, but the COVID-19  pandemic has compelled remote reporting this year. From their hometowns or campuses, the students hold a daily videoconference with Petchel, other faculty advisers and their own reporting team members.

Previous News21 projects have included investigations into voting rights, post-911 veterans, guns in America and drinking water safety, among other topics. The projects have won numerous awards, including five EPPY Awards from Editor & Publisher, the IRE student journalism investigative prize and a host of other honors.

The last two projects, “Hate in America” in 2018 and “State of Emergency” in 2019, won the prestigious Robert F. Kennedy Award in the college journalism category. The award honors outstanding reporting on issues that reflect Kennedy’s passions, including human rights, social justice and the power of individual action in the U.S. and around the world. “State of Emergency” also won the top Investigative Reporters and Editors award for student journalists.

Fellows are selected for the highly competitive, paid summer fellowships based on nominations submitted by journalism deans and directors from across the country as well as how they perform in a spring seminar at the Cronkite School, during which they prepare by deeply immersing themselves in the topic.

The John S. and James L. Knight Foundation provides core support for the News21 program. Individual fellows are supported by their universities as well as a variety of foundations, news organizations and philanthropists that include The Arizona Republic, Donald W. Reynolds Foundation, Ethics and Excellence in Journalism Foundation, Knight Foundation, Murray Endowment, Diane Laney Fitzpatrick, Myrta J. Pulliam and John and Patty Williams.

The ASU fellows, their named fellowships and their hometowns are:

This year’s fellows from other universities are:

*Chloe Jones and Jill Ryan are part of the Howard Center for Investigative Journalism, supported by the Scripps Howard Foundation.

Past investigations and information on the Carnegie-Knight News21 program can be found at news21.com.

Carnegie Corporation of New York: The Carnegie Corporation of New York, which was established by Andrew Carnegie in 1911 “to promote the advancement and diffusion of knowledge and understanding,” is one of the oldest, largest and most influential American grant-making foundations. The foundation makes grants to promote international peace and to advance education and knowledge.

Donald W. Reynolds Foundation: The Donald W. Reynolds Foundation was founded as a national philanthropic organization in 1954 by the late media entrepreneur for whom it is named. During its 60-plus years of operation, the foundation was a major supporter of journalism and journalism education, with commitments of more than $115 million nationwide. 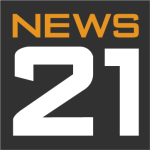 Carnegie-Knight News21 is a national reporting initiative, headquartered at Arizona State University’s Walter Cronkite School of Journalism and Mass Communication, which brings top journalism students from across the country to report and produce in-depth, multimedia projects for major media outlets, including The Washington Post, NBC News and USA Today.